Is the GFA about to gag coaches?

If we want our game to develop as seen elsewhere, we have to play by the rules. We must respect systems... 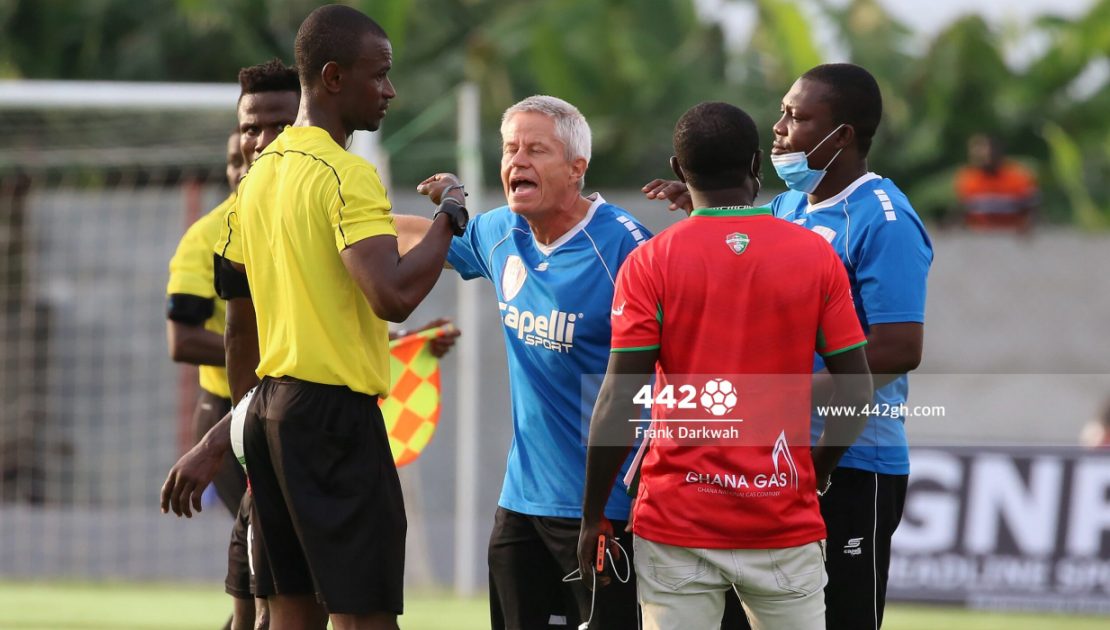 “Inter Allies Coach, Henrik Lehm has been referred to the Disciplinary Committee of the GFA over comments made against referee Ibrahim Abdulai and his assistants when Karela United hosted Inter Allies on match day two” said GFA’s report. News about Ebusua Dwarfs’ Coach, Ernest Thompson Quartey followed. He has as well been invited by the Disciplinary Committee of the FA for comments made against Referee Joshua Samadji after their match day two away tie with Eleven Wonders at Techiman.

Perhaps I did not care so much about the coaches’ invitations until Maxwell Konadu, Asante Kotoko coach, suffered the same fate. “The GFA has referred Asante Kotoko Coach, Maxwell Konadu to the Disciplinary Committee for comments made against Referee Daniel Laryea” after their match day two game with Berekum Chelsea at the Golden City Park, the report stated. I listened to Maxwell Konadu’s post-match views.

There was nothing he said that was damning. I am unable to make a case for neither the Inter Allies coach nor am I immediately interested in the case of Dwarfs’ trainer, Ernest Thompson Quartey at this stage but here are the exact words of Maxwell Konadu on Referee Laryea. “He is a referee I respect so much but I don’t know what came over him in the last minute but that’s football. We will accept it in good faith and move on.”

Were Maxwell Konadu’s thoughts that injurious? Is the GFA’s stance to suggest that, coaches cannot freely express themselves on referees? Is the GFA gagginmg coaches to protect referees? General Secretary of the GFA, Prosper Harrison Addo, explains to me that they are not against free expression. However, clubs have been informed to seek redress via appropriate procedure, i. e. filling referees’ complaint forms; stating the time, incident, culprits and submitting the compliant form within 48hours after a game.

Hence not using this channel to express grievances on officiating amounts to falling foul of the rules agreed on prior to the season's start. In a society like ours where freedom of speech largely remains unrestricted, it is hard to have coaches being barred seemingly from publicly showing their disapproval of how referees fare in their matches yet it has to be stated unequivocally that, the game is played with rules.

No matter how objectionable the GFA’s directive to coaches on referees might be in this free, democratic society, the objection is defeated because proper avenues exist to deal with refereeing abnormalities in a game. I am for order. Our coaches must comply. This directive is not new. It was with us last season. In Europe, whose football we admire, the rules are clear and coaches who flout the rules face sanctions.

If we want our game to develop, we have to play by the rules. We must respect systems and not seek to undermine them because eventually such behaviour destabilises the culture of discipline we want to build in our game. Let our clubs, coaches and all stakeholders play by the rules. Let GFA also ensure fairness in justice delivery.