Indeed, our politicians, Dr. Nsiah Asare and his Covid-19 team should not be proud of what is happening. 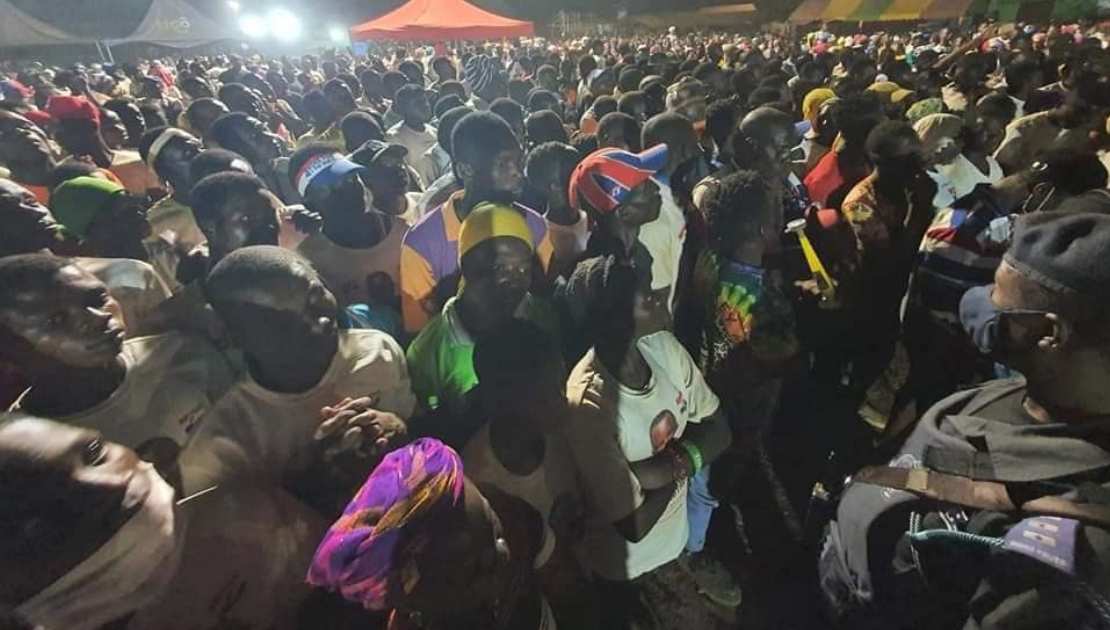 Deputy Health Minister, Bernard Okoe Boye on Joy News’ The Probe stated that, “political leaders have a role to play in reducing the spread of Covid-19”. He said “political actors have a responsibility to ensure their followers abide by Covid-19 safety protocols at political rallies. Yet on the evidence of what has been seen in recent days, it is safe to argue that, political actors are shirking that responsibility at their rallies.

Already, the Ghana Medical Association has warned of a likely rise in Covid-19 cases as political rallies intensify ahead of the December 7 polls. Monitoring our political landscape from last Saturday to today, rallies of the two major political parties – the ruling New Patriotic Party (NPP) and the opposition National Democratic Congress (NDC) have seen massive, mask-less crowds at Bimbila, Kumasi, Hohoe and Koforidua.

With that in mind, I have been left questioning the wisdom in the embargo placed on fans attending Ghana Premier League matches. President Akufo Addo announced that 25 percent of fans would be allowed at matches but days before the league kicked off, the Ministry of Youth and Sports directed that matches be played behind closed doors.

Kwabena Yeboah, our venerable sports journalist, in an interview with Accra based Angel FM on Monday night, explained how the decision to play matches without fans came about after a meeting between the Ministry of Youth and Sports, the Ghana Football Association and the government’s Covid-19 team led by Dr. Nsiah Asare. That, lives must be protected is an indubitable position everyone understands.

But, if the ban on fans was out of fears that, even at 25 percent capacity, adherence to the Covid-19 protocols of social distancing, washing and sanitising hands and wearing face masks could not be observed, then the rallies of the NPP and the NDC makes nonsense of those fears. If we are scared of a rise in Covid-19 cases and finds it prudent to play football behind closed doors; there is truly no justification for the numbers at the rallies.

If football fans, sitting at a significantly reduced capacity risk contracting and spreading the virus, political party fans at the rallies – showing complete disregard for Covid-19 protocols beneath the eyes of the politicians and the police, are worsening the situation. Kwabena Yeboah made that point strongly. “There is absolutely no justification in denying fans access to the stadium” he argued. “If we have to allow 25 percent of fans at all the stadium; the authorities are in a better position to control [the fans]” he said.

“Our markets are full, our buses are full, our lorry stations are full and there are politically rallies which have been redesigned as health walks. As much as we believe that Covid-19 is real and as much as we believe that we cannot allow football to supersede important issues, I do not think that there is any justification in the continual denial of fans to our stands” he contends.

“If you go to the Accra Sports Stadium, and I have been there twice, the protocols are well observed. Even for the journalists who are allowed into the stadium, there is sufficient spacing with everybody wearing the face mask, hands are washed and sanitisers are provided” the Writer, as we call him noted. Writer's final take on the issue is blunt.

“Whoever is advising the government not to allow fans into the stadium is doing a great disservice not only to football fans but to the entire nation. The earlier the issue is resolved, the better it would be for us all”. We must revisit the decision to stop football fans from going to the stadium if we cannot apply same to political party fans at rallies.

Indeed, our politicians, Dr. Nsiah Asare and his Covid-19 team should not be proud of what is happening. They are exhibiting double-standards and putting everyone at risk because the fans we see at the rallies come from families not different from that which harbour football fans. This is not the way to deal with the pandemic. It is appalling.