I wholeheartedly agree with Otto Addo who says in his chat with the Ghana Football Association (GFA) media, that he isn’t eyeing revenge. 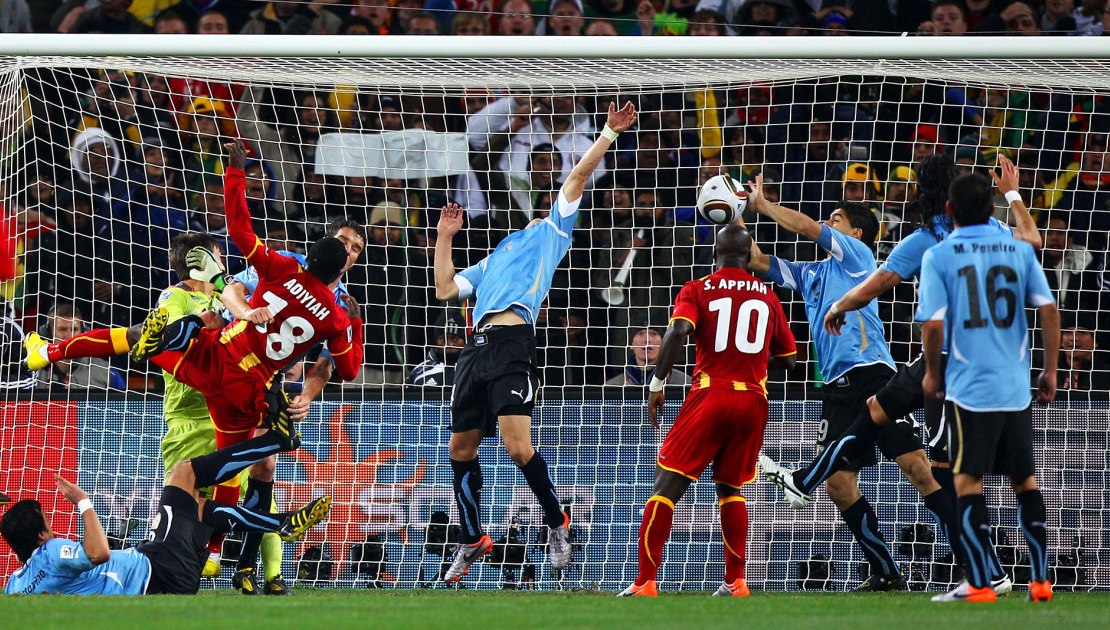 Flash back: The moment Luis Suarez stopped the goal-bound shot at the FNB Stadium.

The refrain on the lips of Ghanaians has been “revenge” — everyone is talking about exacting our pound of flesh against Uruguay whose Luis Suarez stopped a goal-bound shot with his hands on the goal line in our quarterfinal match at the FNB Stadium at the FIFA World Cup South Africa 2010.

Suarez denied Ghana what could’ve been the match-winner en route to a historic semifinal berth by an African side at a FIFA World Cup. Ghana’s pain and Africa’s disappointment that cold night in Johannesburg aggravated when Asamoah Gyan missed the resultant spot kick. Some have expected a payback time for Uruguay. That time, December 2, 2022, is almost here.

Otto Addo himself and pundits alike have emphasised the need not to focus on revenge. They know better. Black Stars shouldn’t be targeting anything aside getting favourable result to secure qualification to the knockout stage of the Qatar World Cup. In my last piece, I noted that, if that amounts to vengeance so must it be then.

I wholeheartedly agree with Otto Addo who says in his chat with the Ghana Football Association (GFA) media, that he isn’t eyeing revenge. He’s neither being overconfident nor underrating the Uruguayans. Otto Addo maintains however maintains that the final group H match is a “normal game”.

"Yeah, just like every other match, surely we want to win this game, the good thing is even if it’s a draw", he says. "I'm not thinking about revenge, for me, it’s a normal game. I was also sad when I watched the scene, it was a big chance for Ghana to proceed to the next stage. Otto Addo seem to insist that vengeance is truly the Lord’s.

"It's 12 years ago, now it’s a different match with a different approach. I’m not a person who is seeking [revenge] and as a strong believer, if you don't seek revenge for these things, sometimes you get more blessings from God. We try to do our best to win this match. We’re can beat them", Otto Addo adds.

I love the mindset of our coach ahead of this game. He’s in tune with what some of us believe. No need to waste time on the past. The focus must be on what lies ahead, not what’s past. Win or draw, Black Stars should qualify for the 1/16th stage. Not all of us were convinced of the team’s pre-tournament form but here we’re on the brink of exceeding expectations. Best wishes to the team tomorrow.