Chris Houghton is an experienced coach with a lot of knowledge. He’s always trying to give his best for the team... 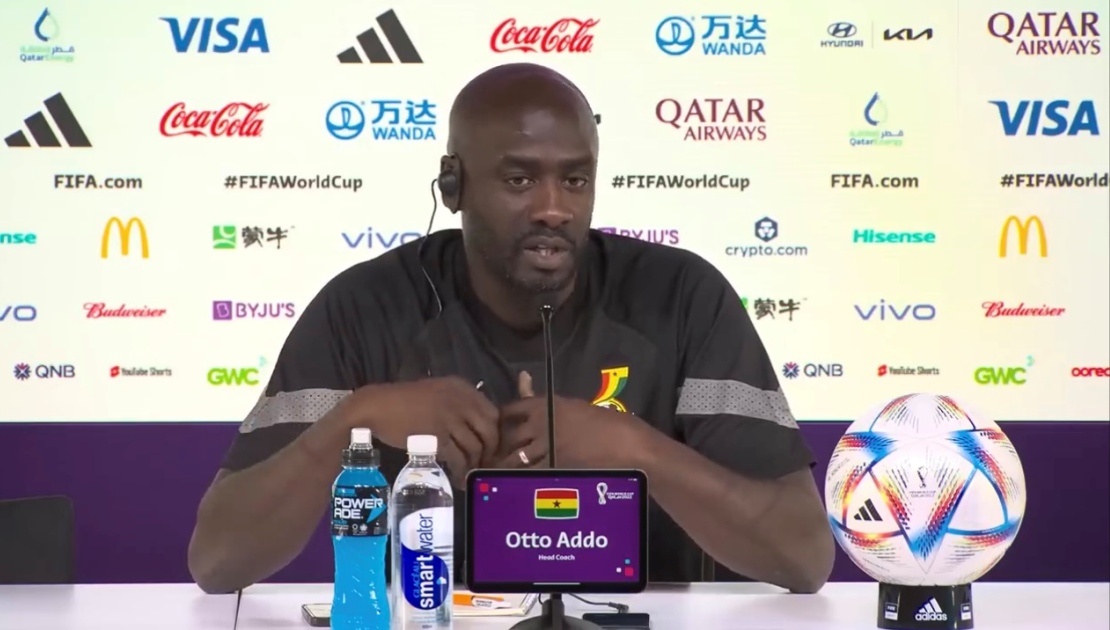 Ahead of Monday’s group H clash between Ghana and South Korea, Black Stars coach, Otto Addo has been talking to the media at the Qatar 2022 World Cup, touching on a wide-range of issues. The coach has been answering questions on his first game, lessons learnt and reactions to the Portugal defeat.

Further, he’s been sharing thoughts on the South Korea duel, their preparation and the desire to win. In addition, he’s touched on his reaction to referee, Ismail Efath’s dubious penalty decision in the Portugal vs Ghana clash. He’s also spoken about the support he’s received from Technical Adviser, Chris Houghton and others.

And if there’s one thing I’ve liked in all he’s been talking about at the presser, it’s, on a sober note, his apology for his remarks and the concession he makes that, he might’ve been "a little bit rude" in relation to Referee Elfath. Following are some the quotes of the coach today captured by 3Sports and the Ghana Football Association media team.

"We have a very good relationship. Chris Houghton is an experienced coach with a lot of knowledge. He’s always trying to give his best for the team; holding a lot things out of my heart for me to concentrate on...the tactics. He’s been giving advices…Chris does really, really well in coordinating a lot of things around the camp. He was here to inspect the hotels. He was here to organise all the things which needed to be put in place. He’s done a great job so far.."

Portugal game and the learning experience

"Maybe for the public we lost but for us, we learned. We learn always. Sometimes even when we win, we learn because it's not always like when we win, we did everything right so we always learn and I’m happy to have a team that is ready to learn. When you do something and it works, you are a genius. I know that when we lose, I’ll be dead and this is always the same with the media…In the job as a coach, you have to be really into it to know and understand a lot of things."

"We will see a passionate team against south Korea. We will see the same passion they showed the last game. Everybody is hungry to play and training good making it difficult for me to make decisions…Up to this point we haven't gotten any answer from FIFA and maybe I can use this stage now to apologise. It was a little bit rude but I was very emotional after the match. Hopefully I won't get a fine."