Put your “enemies” in check

Hearts of Oak and Asante Kotoko must seriously commit to this fight. 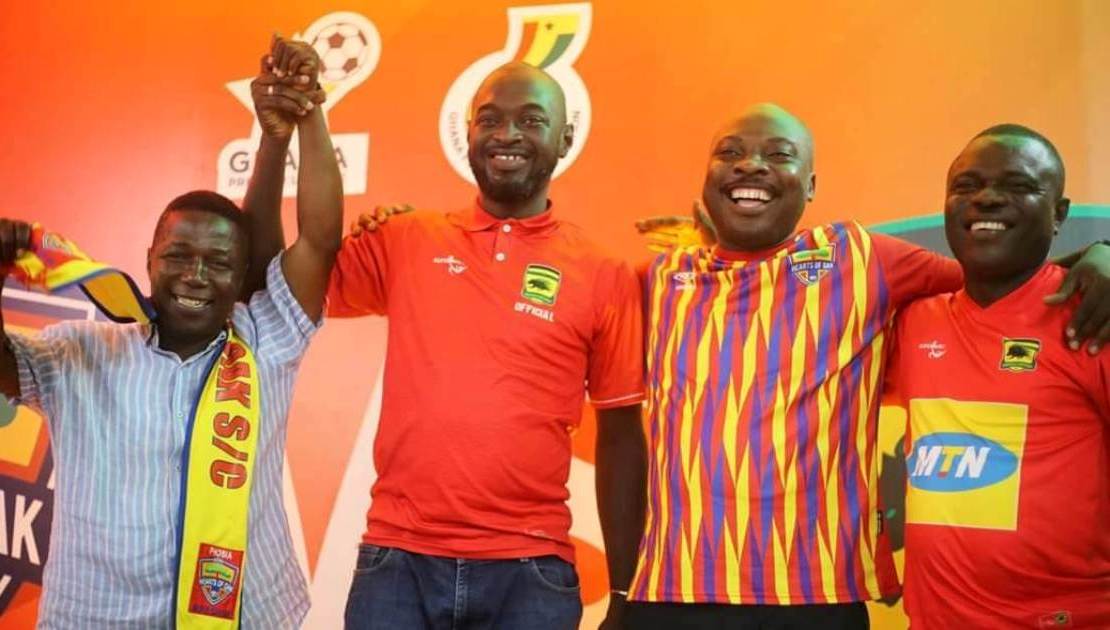 Hearts and Kotoko officials at a recent programme.

As stories of the May 9th, 2001, stadium disaster filled news and social media platforms this morning, on the occasion of the 19th anniversary, someone’s comment on a WhatsApp group sent me writing. “Never again but you continue to throw bottles at the stadium” the person wrote with a laughing emoji. That, for me, was a powerful statement. It was witty.

That succinct comment did not evoke laughter. For me, it was a summary of what has taken place within the 19 years we have commemorated the May 9th stadium disaster. First, let me acknowledge the good effort by former Asante Kotoko Chief Executive Officer, Herbert Mensah, to reach out to families of the victims, in a manner no one has been doing; not even the state, neither the football association nor the two clubs, who were in action on that unfortunate day.

Some people may have been showing such kind gestures off public view. Whether that is true or not, Herbert Mensah’s acts in these 19 years ought to be commended. He was Kotoko’s leader at the time of the incident and his resolve to always be with families of the victims deserves mention. In the larger picture, however, we have to ask if lessons have been learnt.

Have we made progress in stemming the tide of violence? My answer is no. That is not to say nothing has been done at all. The fact remains that, not enough lessons have been learnt by stakeholders of the game to drastically reduce the occurrence of violence. I intend not to play the blame game or dabble in the politics of equalisation but the truth is, Kotoko and Hearts supporters have not shirked violence at their venues.

The Ghana Football Association (GFA) still has laws that only mock the harm hooliganism wreaks on our game. The Police are either reluctant or do not seem interested in dealing with violence at match venues. When their men are involved their cold feet is visibly appalling. The case of Augustine Opoku, the Kotoko fan whose eye was gorged by the gunshot of an officer on January 12, 2020, in Kumasi immediately comes to mind.

These discouraging developments have mitigated against the desire to fight hooliganism. They are “enemies” which have weakened the resolve to combat football-related violence head-on. The Police and the FA must fight these “enemies” with vigour. Hearts and Kotoko must seriously commit to this fight. Rivalry is part of the game but rivalry should not lead to the loss of lives. It will always be unjustifiable and senseless to destroy property and lose lives because of football.

We must put our “enemies” in check. We must put our emotions under control, accept defeat, and play to win another day if we lose. No matter how bad referees turn out to be, it is unlawful to visit violence on them or anything. Also, regardless of how poor our team’s performance becomes, it offers no legitimacy to misbehave. We must not hurl bottles onto the field. Fans must be civil at the stadium. These are lessons we must learn as we shout, “Never Again” on this day.