Let’s commit to getting the right players for the Black Stars; allowing coaches to work... 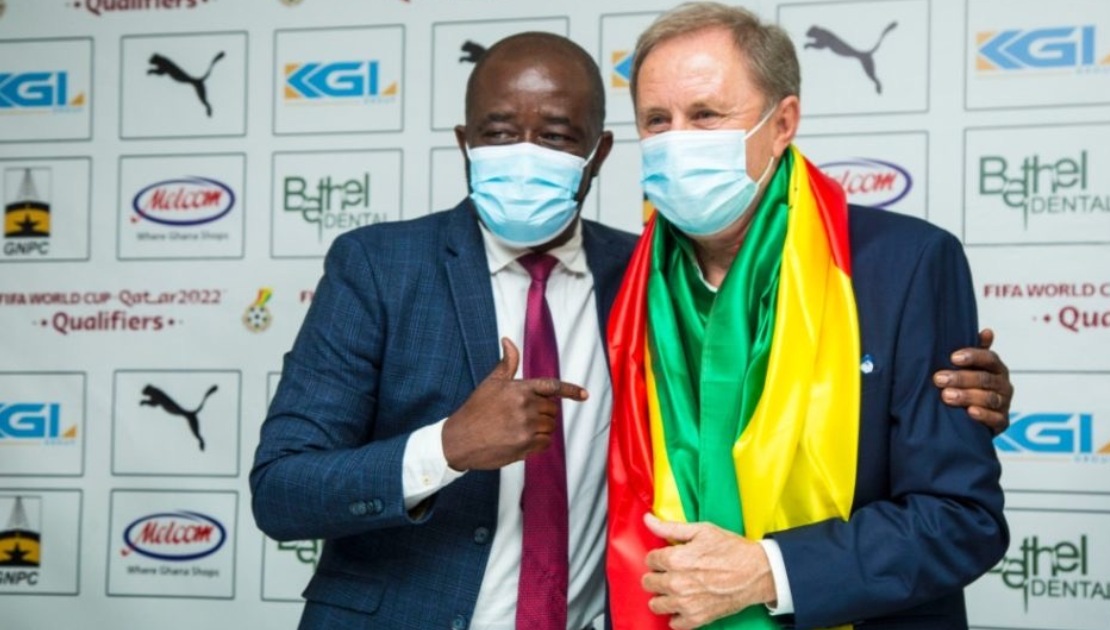 Serbian coach Milovan Rajevach returns to Ghana to handle the Black Stars 11 years after his first romance with us which saw him achieve relative success. He guided us to the finals of the 2010 African Cup of Nations (AFCON) in Angola and a World Cup quarterfinal berth that same year in South Africa.

Friday’s press conference to unveil the 67-year-old trainer was on point and it can’t pass without comments. The Ghana Football Association (GFA) stated in no ambiguous terms, why Milo is the right choice; how much his salary will be and targets set for him. He has unfinished business hence his comeback, said GFA President, Kurt Okraku.

Milo won’t have the same calibre of players he had more than a decade ago. Not many believe he has the competence he first came to the job with, having achieved practically nothing since leaving Ghana. I think he still deserves the mandate. He would be paid $30,000 a month for the next one year to bring home the AFCON trophy that has eluded us for almost 40 years now. He must as well secure us the qualification ticket to the Qatar 2022 World Cup – the qualifiers of which we’ve already started.

Ghana play Zimbabwe in Cape Coast on October 9; the return game is three days later in Harare. A win and a loss from two matches don’t do so much good to our Qatar 2022 qualification hopes. Milo must thus work to salvage our sinking ship. How things transpire in the two October matches will give us a finer picture of whether or not we should still nurse the qualification hope.

There’s no debate about the quality of the Black Stars now. We can’t compare them to previous Black Stars, which reached the AFCON finals in 2010 and 2015 for instance. And surely, we know we’ve no future if we don’t start building a good team. My take is, if we’re really building for the future, Milo’s task to win the AFCON in four months’ time under our prevailing circumstances is too much.

It’s unrealistic. We’re only preparing to exert avoidable pressure on the team and ourselves and later turn around for boring blame games should the AFCON title elude us. Let’s commit to getting the right players for the Black Stars; allowing coaches to work; our players asserting themselves properly on the field and having long term plans for success, especially when there’s enough evidence to show that, the short-term measures have offered nothing but disappointment on the plate.

Let’s also, respectfully, inform the GFA President that, the association, comprising its officers, clubs and their assigns contribute immensely to bad press and not the media. For example, here was the President on Friday, throwing “shades” at former Black Stars coach, C. K. Akonnor. His was an indictment on local coaches and how weak they’re in taking charge and controlling the dressing room for instance.

That wasn’t positive energy, Kurt! If the media report the “shades” at CK, the same GFA, which sadly provided fertile grounds or the fodder for negative reportage would blame the media. That’s unfair. We’re behind Milo for success but let’s also think well of a long-term plan for team building, developing our coaches; trusting them and stop taking on the media for nothing. Lest we forget, none of the Black Stars’ disappointments in the last decade or more including the disgrace in Brazil 2014 has been the media’s making.