Enough of the disgrace...

Do we care about how these fans feel? What really are we teaching our players? What example are we setting for our football? 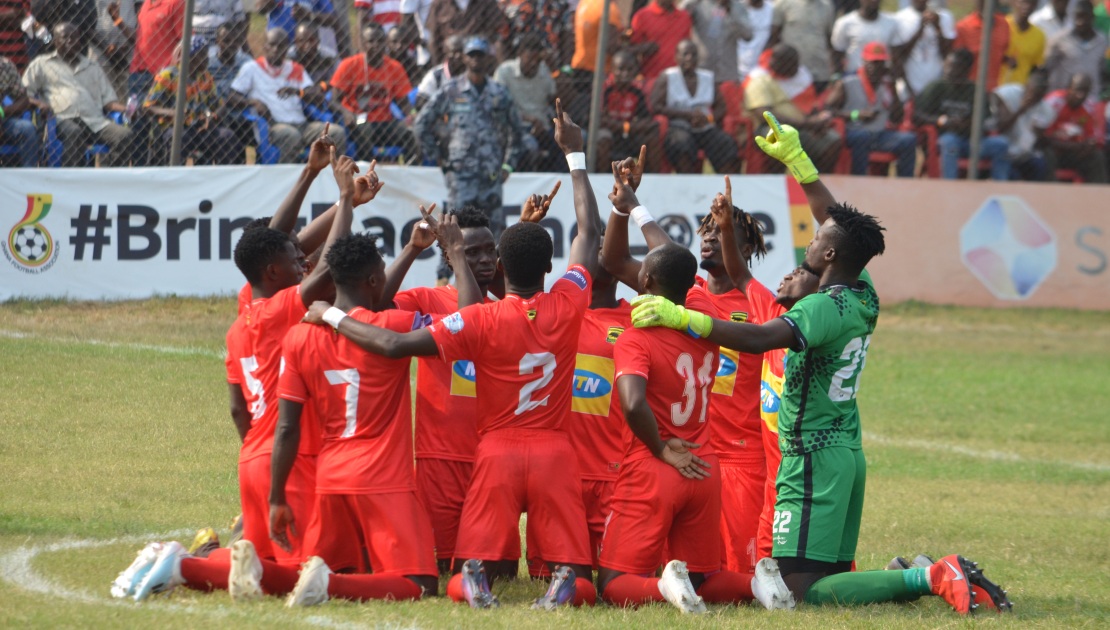 Asante Kotoko players at a recent match at Dawu.

Asante Kotoko. We seem to have mastered the art of courting bad press to the extent that, this season, if care is not taken, we could trek on the ignoble road of dishourable conduct for long. But we must set good example. Unfortunately, that has not been our life in recent weeks. From match day three, when crowd misbehaviour at the Baba Yara Stadium became the talking point after our game with Berekum Chelsea, we have been on the sour side of the media’s tongue.

We were sanctioned for the January 12, 2020 supporters’ misconduct. We were to play five matches behind closed doors besides a fine of GHȼ10,000 which would be increased to GHȼ20,000 and the matches reduced to three after we accepted guilt and pleaded for leniency. A fan, Augustine Oppong, lost his right eye after an overzealous policeman shot him in the face that same day at the stadium. The policeman has been interdicted. Nothing has been heard from the police since then.

The fan, a commercial driver, has been maimed forever. Subsequent to that, two of our Management members and a supporter’s leader were also penalised for various acts of misconduct. It is been only 11 matches days. As if all these did not provide the fodder for us to be concerned, we fielded 10 players instead of the usual 11 in our match day 11 fixture with Aduana Stars at Dormaa.

Aduana Stars won 1-0 with a late-minute strike. Aduana Stars also fielded 10 players. None of the two clubs have explained why they played 45 minutes with 10 players, not 11 as indicated on their team sheets. Coach Maxwell Konadu could not explain why his 11th player was not on the pitch for the first half? “I can’t explain” the coach responded when asked after the game. That is where my difficulty begins.

At this stage, I do not care about Aduana Stars. So, both teams breached no rule but Maxwell Konadu’s inability to let us know why he fielded 10 players throughout the first half, leaves much to be desired. It is disappointing. He is the coach. He must have answers to what happens with team selection, deployment of players and so on.

Konadu’s failure to explain why one player was out for that long, opens the door up for assumptions – the easiest of which is that, it was a superstitious instruction not to start with 11 players, which then leads to the question as to whether, we have sunk so low that, spiritualists now determine how we approach matches? Majority of Kotoko fans feel ashamed about what happened at Dormaa.

Except it can be established that, the Chairman or Management, endorses or approves of this incident, the leadership at the club must be worried about this development. They must demand answers from the technical team. We should not hurt our loyal fans with such inexplicable decisions. The club deserves better at all levels of the game.

It is time we realised that, things like what we witnessed at Dormaa impair the image of the club while ruining the already waning confidence some fans have in the leadership. Do we care about how these fans feel? What really are we teaching our players? What example are we setting for our football? Your answers are as good as mine.