Referees must be fair arbiters so that teams win, draw or lose on merit. That way, the eventual winner is deemed as a worthy champion... 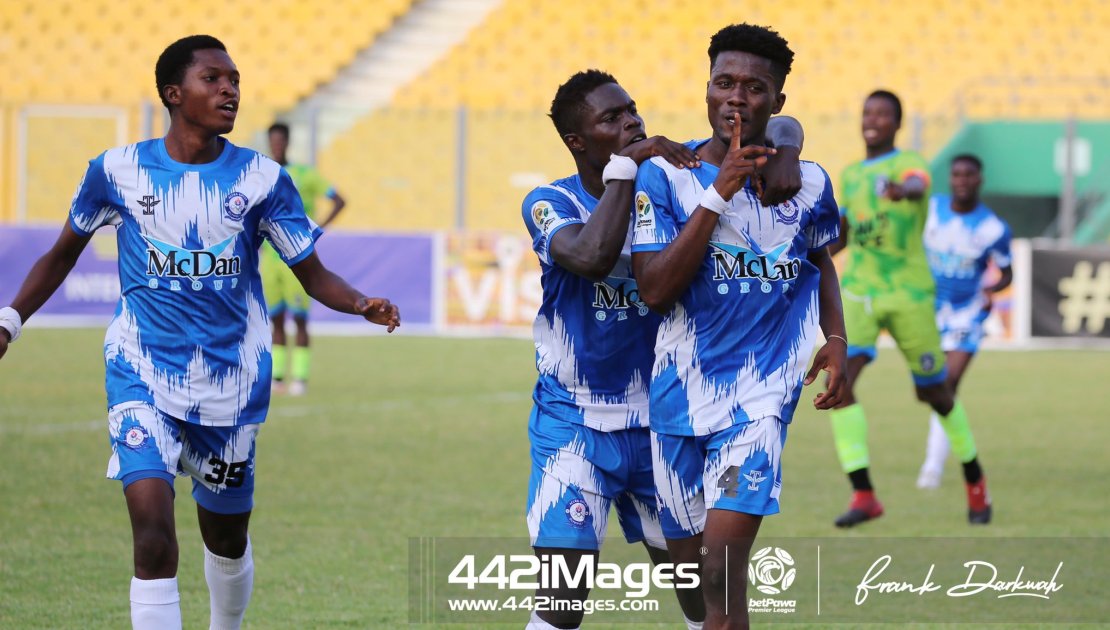 Great Olympics opened their season with victory over Bechem United.

Ashantigold’s attempt to stop the start of the 2022/23 betPawa Premier League with a court action ended in futility. The competition got underway as planned with Accra Great Olympics beating Bechem United 1-0 at the Accra Sports Stadium on Saturday.

I know not the path Ashantigold would take as a football club but what’s clear to me is that everything clubs do birth results, and the effects of that can be grim. It’s on this advice that I expect clubs in all league competitions in the 2022/23 season to compete professionally, make their businesses thrive and stay relevant to stakeholders besides bringing fun to their followers – joy to their hearts, providing good entertainment.

I wish especially the 18 clubs in the betPawa Premier League well. I look forward to thrilling contests nationwide. I followed with good interest the pre-season activities of virtually every side. Watching the movements of players here and there, teams camping at different corners of Ghana and even outside, the preparatory matches, and the change of coaches – they were fun to follow.

Media conversations, as one would expect, were with passion and, in most cases, endearing information. It’s untrue that the media don’t promote local football. For the umpteenth time, I’ve to point out that our media mirror the domestic football landscape. Media report on domestic football is essentially what’s there in practice. So, we must be intentional about any change we desire in football media reportage.

The Ghana Football Association (GFA) secured sponsorship for the various leagues, as previously discussed here. Regardless of the quantum of financial and logistical support for our leagues, the GFA’s work is laudable. Clubs must complement their parent body’s tireless inputs to attract more sponsors.

Also worthy of praise are the capacity-building workshops for referees and match commissioners for example. These seminars are fitting, but pertinent to the game's development is the integrity of personnel like referees and their assistants. Their proper application of the rules as they’ve learnt them is fundamental to ensuring the growth.

Referees must be fair arbiters so that teams win, draw or lose on merit. That way, the eventual winner is deemed as a worthy champion and ultimately Ghana football wins. I expect the GFA’s adjudicatory bodies to be fair and firm as well as swift, to minimise, if not eliminate, the occurrence of counterproductive things like violence.

I've to commend StarTimes for their coverage of matches last season. It's conceivable that their good projection of the GPL on their platforms contributed to the league securing a headline sponsor. StarTimes are promising a record 150 live games this season.

Clubs have relied on the television rights money and as the new season opens, it's expected that, clubs whose matches are to be televised live would collaborate with the league broadcaster to serve mutual interests.