Hearts return home to face Ebusua Dwarfs – who have had their own set of problems off the field in the past week. 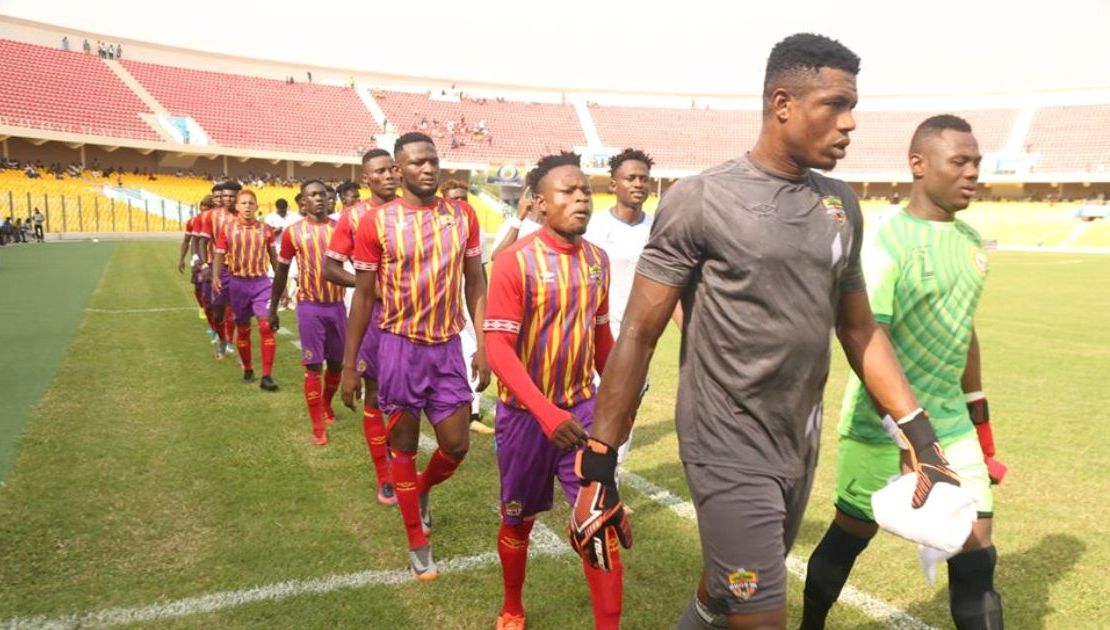 Match day three fixtures of the 2019/20 Ghana Premier League kicked off on Saturday afternoon with Liberty Professionals drawing 1-1 at home to the highly rated Medeama, who were first score, but could not leave Dansoman with the maximum points.

Liberty drew parity with a spot kick. It was the third time they have drawn since the competition got underway. For Medeama, although victory eluded them, it was yet another opportunity to showcase their brilliance, which has become the talk of the town.

Only time will tell, whether or not, Medeama can sustain their fine form throughout the season. Presently, it is happy moments for Medeama fans. One club, who must also give their fans something to cheer about is Hearts of Oak. The Phobians lost their first two matches – first succumbing 0-1 to Berekum Chelsea in Accra before their embarrassing 3-0 spanking at Tarkwa.

Hearts return home to face Ebusua Dwarfs – who have had their own set of problems off the field in the past week. Both sides must however put their troubles on the back burner, give their fans a good game and spice the excitement in the competition. Looking deep into the crystal ball, it looks more like redemption day for Hearts than Dwarfs.

In Kumasi, Asante Kotoko have quite a tall order against Berekum Chelsea. The Porcupines have a 100 per cent record so far, winning all two games they have played. Their 1-0 home win over Eleven Wonders was important but Coach Maxwell Konadu conceded they were unconvincing.

And not even their dazzling show in Accra, disciplining Legon Cities 3-1 enticed critics, who contend that, the fabulous lads have still not been tested sternly. Berekum Chelsea could offer that test, and how the Porcupines fare eventually will give ample testimony of their strength, especially when they trek to Tarkwa for a crunch date with Medeama in their next game.

Two struggling sides – Great Olympics and King Faisal – will be extremely fortunate to exit the Brong/Ahafo enclave with a point when they face Bechem United and Aduana Stars at Bechem and Dormaa respectively. Ashantigold look set to dismiss Eleven Wonders. Dreams FC will leave nothing to chance to shut down Legon Cities and any arsenal they will mount at Dawu. In the other matches, Karela United and Elmina Sharks are at home to Inter Allies and WAFA respectively.