Cheers and applause for neglect?

Ten years on, the facility is in an appalling state. 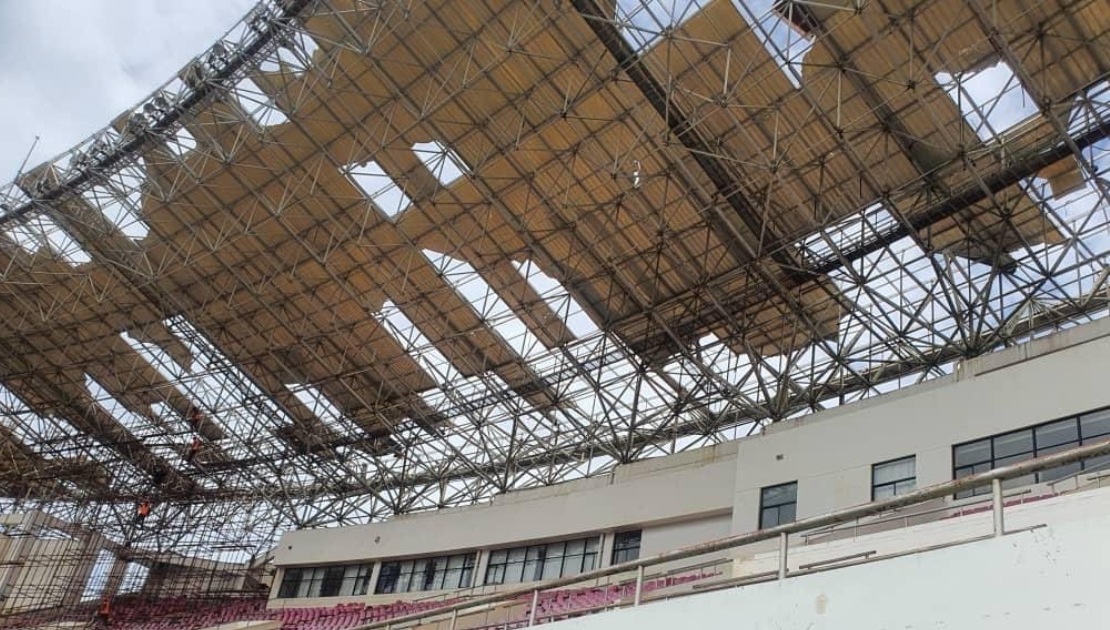 The Essipong Sports Stadium is in ruins.

I usually get disappointed anytime news of public officials claiming credit for having done this project or that project hits me. My disappointment is not because public officials who work satisfactorily deserve not to be credited. That is not the case. It is okay to commend people who work diligently whether they in private or public office.

My displeasure however arises when the impression is created as if, public officer holders undertake or supervise state projects with funds from their private pockets, for which reason, praise-singing should be the order of the day when those projects are completed. Exactly what is the news when an elected or appointed public official works to expectation? What should we celebrate when state funds, entrusted to you as a public office holder are used judiciously?

For example, I drive on bad roads. Roads in my neighbourhood have for instance been bad. I woke up one morning and everywhere was being asphalted. I was pleasantly surprised but my pleasant feeling dissolved like salt in water when I remembered that, a bye-election was forthcoming. An explanation was that, those roads had been earmarked for rehabilitation and that, the bye-election was not the reason for the quick facelift of the roads in my vicinity. I accepted that explanation.

It however did not change my position that, when taxes are put to good use, it should not warrant the unnecessary laudation of those whose mandate it is, to ensure that, state funds are well utilised. When we go hyper-enthusiastic even to the point of hero-worshiping public officer holders for undertaking tasks they are elected or appointed to oversee, we give ourselves away as people at the mercy of “gods” whose coming into officer, in actual fact, is born by our collective decision.

We must always hold public office holders accountable. The business of taking up public office is to serve and largely alleviate people or society’s problems. We are not duty bound to make public officers like government ministers appear as like “gods” who must be eulogised at any little chance. In the last 24hours, I have watched how some people have attempted to paint the picture that, we have to thank the powers that be as the first phase of Essipong Sports Stadium renovation begins.

Why must we? The renovation is to cost the Ghanaian tax payer over GH₵17, 969,447 (US$3,086,206). How well has the facility been managed in the last 12 years? Are we not ashamed circulating pictures of the stadium’s deplorable condition as if it is a national postcard? Do we not feel sorry for our poor maintenance culture? Are we not concerned with our attitude of always leaving state properties to deteriorate before we line up in fuel-gulping 4x4 vehicles to travel hundreds of kilometers to inspect the deterioration and speak proudly of renovation?

The construction of youth centres nationwide is laudable but I fear that, our poor maintenance culture will soon erode the beauty of these centres. At the inspection of the Essipong Stadium by Youth and Sports Minister, Isaac Asiamah, this week; he talked about a maintenance manual and how there would be “a strict adherence to maintenance culture”. I am not moved by his ssurance. We heard similar talk when the stadium was opened. Ten years on, the facility is in an appalling state.

Again, talking about the youth centres, I am afraid we return not just to spend millions of state funds to renovate what our poor maintenance culture will destroy but to also applaud loudly, those whose neglect led to the ruins of such state properties. We have got to change once and for all.