Every bad press Black Stars have suffered has mostly emanated from the indiscipline of some players, the misjudgment of the GFA, lack regard for public sentiments and so on. 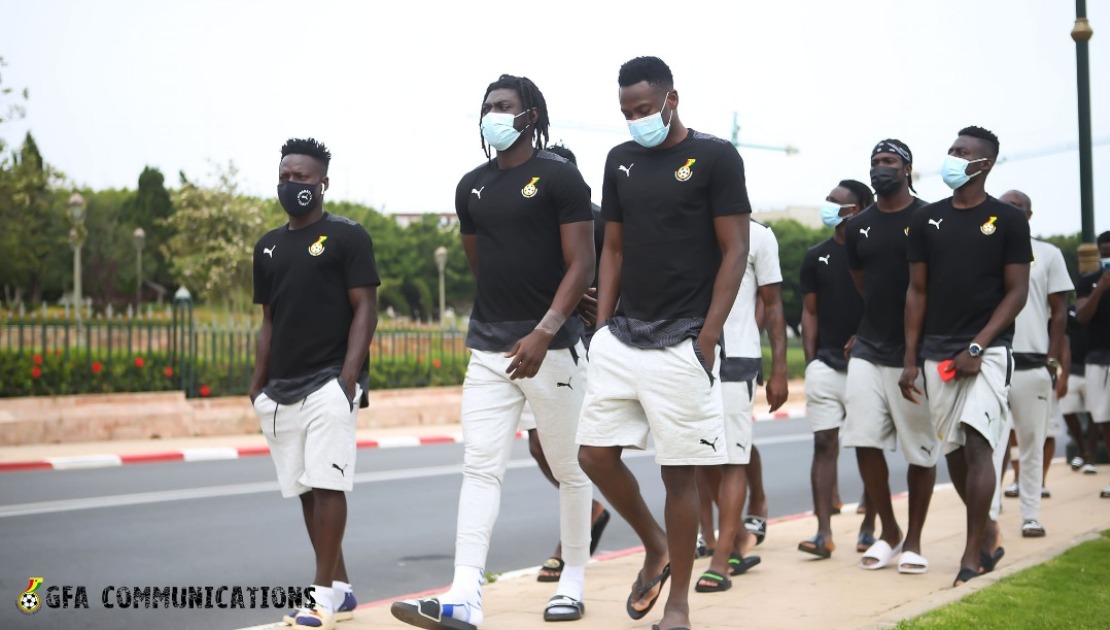 Black Stars players on a walk in Morocco.

If the GFA and players of our senior national team, the Black Stars, learn to save themselves, and by extension the team, from corrosive media reportage that arises out of their misjudgment and mishandling of developments in camp, most Ghanaians may also return some respect for the one-time symbol and source of national unity and pride.

From a coach’s miserable confession of how players used juju against themselves to an ignoble revolt over money at the World Cup – plus allegations of players shipping saucy women to camp for steamy sexual encounters at an AFCON, everyone around the Black Stars with the exception of those in the team don’t seem to see and understand how the team’s image gets soiled and sinks over highly avoidable bad press.

This is a team that millions of tax-payers’ money are spent on at every time yet has had nothing to show in return for the investments. No one expects the Black Stars to rake home a billion dollar from matches or competitions but if showing respect to authorities in camp, playing for national pride, making Ghanaians happy by excelling in continental and global football circles to enhance Ghana’s image – such priceless things – are too much to do, then the dying love for the team should be understood.

Reports over whether or not Coach C. K. Akonnor sacked Arsenal star, Thomas Partey from camp is evidence of how some players in the team have still learnt no lesson from the myriad of petty, unwanted controversies that continue to push the love of Ghanaians far off the team. In addition, reactions to the Ghana Football Association (GFA)’s press release not only confirms the deep-seated public mistrust in the GFA. It also reinforces calls for a rethink of the FA’s communication strategy relative to the team.

When cases of Covid-19 infections in Black Stars came up last year at a friendly, many people believed the GFA’s clarity on the matter arrived too late – thus media attention inevitably sought to dwarf the import of the friendly match then. In the last 24hours, talk on the team has pivoted somewhat around how some players want to play God and also, how attempts by the coach to instil discipline in the team is being undermined.

The media can’t overlook issues of indiscipline in the team if there’s cause to talk about it now. Already, public outcry over the AFCON/World Cup budget is yet to evaporate. Black Stars players and anyone watching over the team would’ve ideally been careful not to stir more controversies now. Akonnor recently talked about negativity and how when he captained the same team, the situation now didn’t exist. I agree with Akonnor but what he doesn’t see now is, the media neither fabricate nor cook Black Stars negative stories. The team – its players and managers rather brew the negativity.

That is to say, without any fear of contradication that, every bad press Black Stars have suffered has mostly emanated from the indiscipline of some players, the misjudgment of the GFA, lack regard for public sentiments and so on. You can’t fault the media for reporting this to the public, and if the GFA and the authorities manning the team care enough, the call from most Ghanaians today, is that, Black Stars are still mired in too much needless controversies and that take so much away from their shine.

It’s time for some careful thinking into the team’s scheme of things.