The vibe around Kotoko presently is refreshing. Management needs that renewed and strong verve to drive its agenda. 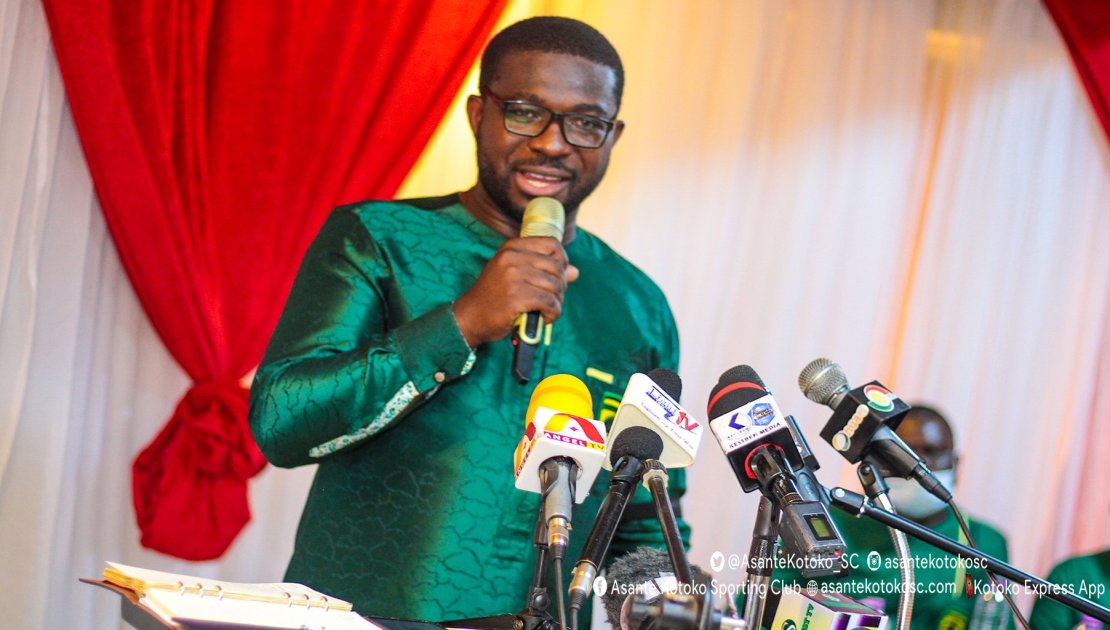 It is still early days but if Asante Kotoko was a ship on coarse waters with the captain not knowing how to avoid rough sea waves, we can now say a new captain is in with his able assistants ready to sail to safety. That new captain is Chief Executive Officer (CEO), Nana Yaw Amponsah. His able assistants are the eight Management members unveiled on Tuesday in Kumasi.

The appointment of the Management has been greeted with excitement and rightly so because we deserve a leadership that will give us what we aspire as fans. That is the type of leadership or management Nana Yaw Amponsah (NYA) and his team are promising. Just like when he was unveiled, NYA, during Tuesday’s press conference gave us a foretaste of what is to come.

Outfits worn by the Management members was the first major talking point when they arrived at the Sports Hotel, clad in good-looking green, red and black Kotoko branded African wear. That sent a signal, in fact, a message that branding of the club will be taken seriously. The Management scored full marks with their attire and their general outlook. Everything on stage was well-branded in our colours and insignia, giving good optics.

I monitored media reviews of the event extensively. None gave the organisation and execution of the press conference low appraisals. That is what leaders who pay optimum attention to every detail offer. NYA stated his resolve to protect Kotoko, saying, “No brand will take Kotoko for granted” under his watch – a firm assurance from a leader who knows the potential and worth of the brand he leads. This is not the time to dwell on the past and rake dead, negative issues.

It is time to chart a new path, a time to work harder and put Kotoko on an enviable pedestal. The foregoing was patently clear in NYA’s assertion that, his concern as CEO is not about what should have been done in the past but was not done but rather how to build a “solid foundation for the future”. In building that future, Kotoko need proper infrastructure. The Board’s approval for an ultra-modern training facility at Adako Jachie within the next three months therefore suffices.

Something as basic as an ultra-modern training facility is key to the development of football club. Kotoko cannot be an exception in that regard. We need better infrastructure – basic, quality ones for development. Football thrives on proper plans and money. A big squad also means a bigger wage bill. Prudent management of financial resources is imperative. As a result, a 30-man squad for the team is positive just like the confidence reposed in coach Maxwell Konadu.

Konadu and the technical team need that confidence to thrive. We must put our shoulder to the wheel and support the new direction the club has taken. We need to build useful partnerships and stronger relationships as a club. In that vein, being on the verge of securing a partnership deal with an English Premiership side aside signing four new sponsorships soon is another excellent development, NYA talked about. We truly on course for a new direction.

The vibe around Kotoko presently is refreshing. Management needs that renewed and strong verve to drive its agenda. We cannot be so certain of the future but the realistic expectation is that, all things being equal, the fine talk and the ideas espoused by NYA, will culminate into a team that competes favourably and win honours both at home and abroad – on and off the field.