Joseph Esso and Kofi Kordzi fetched Hearts’ goals – one in each half – but all from the free kick spot. 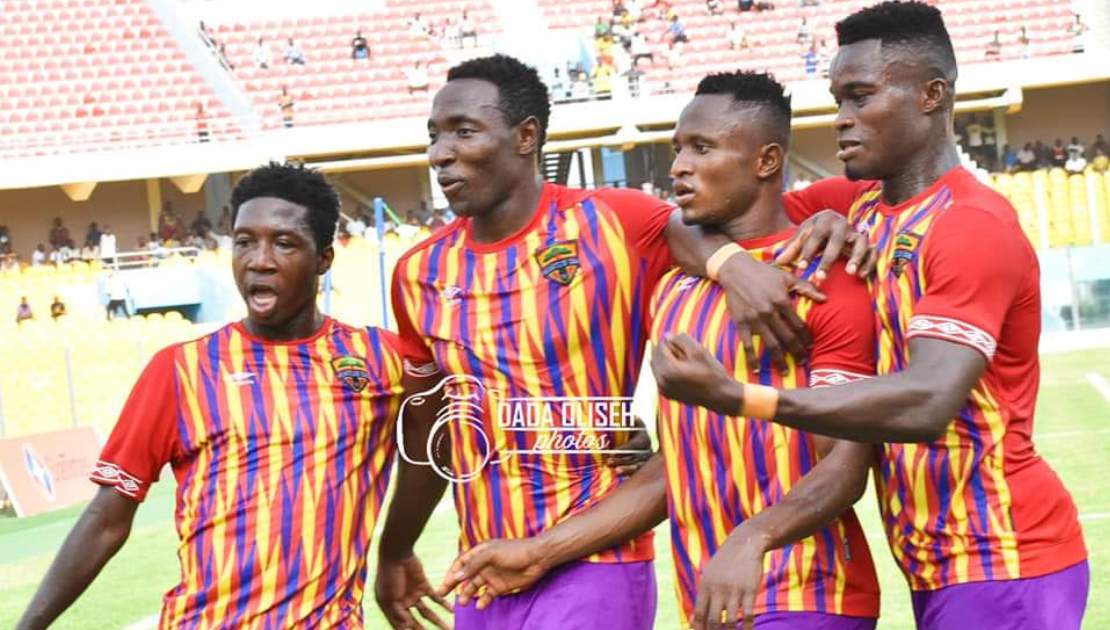 Hearts of Oak players celebrate their win over Ebusua Dwarfs

It was redemption day for Hearts of Oak at the Accra Sports Stadium as they shirked the gloom that has dotted their performance, beating Ebusua Dwarfs 2-1 in their match day three fixture. The Phobians lost their first two matches to Berekum Chelslea and Medeama – conceding four goals in the two matches but on Sunday, they produced an inspiring display and capped it with delightful goals to light up the faces of their hitherto disappointed fans.

Joseph Esso and Kofi Kordzi fetched Hearts’ goals – one in each half – but all from the free kick spot. Esso and Kordzi’s executions were perfect. Hearts’ victory perhaps signals an end to their misery. While Hearts supporters’ celebrated their maiden win in the season, Kotoko fans angrily bawled over the shock defeat to Berekum Chelsea, whose win, was their second giant-killing feat this season. The Berekum lads beat Hearts 1-0 in Accra on match day one and on Sunday trekked to the Baba Yara Sports Stadium to force the same bitter pill down the throat of Kotoko, whose defeat somewhat affirms the view that, the Porcupines are simply not a finished product.