Even Ogum’s opposite number, Karim Zito pointed out Kotoko’s resolve to fight till the end. 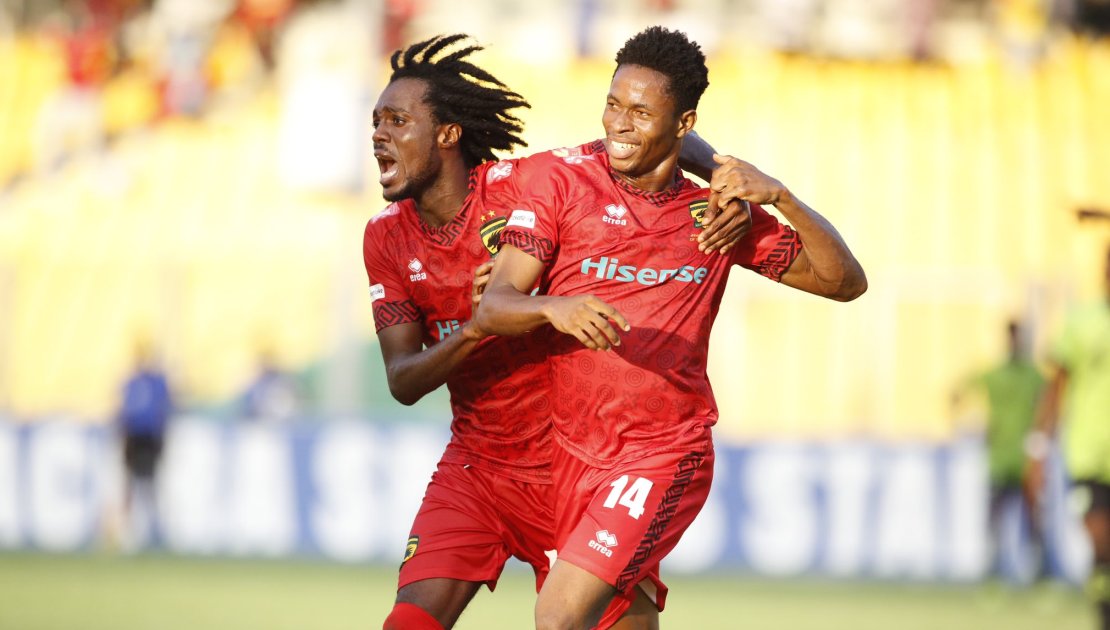 Asante Kotoko’s coach Prosper Narteh Ogum appears to have wowed supporters of the club with his incisive and rather insightful post-match interview, in which he diagnosed his team’s difficulties in Saturday’s clash with Dreams and how they managed to clawback from a goal down to win 3-1.

Historians say Kotoko’s away victory in the league opener was the first in 18 years. After the encounter, this historical information wasn’t what caught the attention of fans. The spectacular manner in which three goals rained in the last five minutes of the game has been the major talking point alongside Coach Ogum’s post-match reaction.

“We were losing the second balls in the middle…. I realised Gama was a bit tired because they were kicking him all over the place. So, I decided to pull him [out]. Instead of us playing two offensive midfielders, I pulled [out Gama] to bring in Richard Boadu to add up to Mudasiru” Ogum told Atsrim Sitsofe Philip of StarTimes.

“Mudasiru is a bit mobile so he'll join [the] attack and at the same time join the defence when we lose the ball. When Richard Boadu came, you realised we had some stability and because Mudasiru is mobile and gives those penetrative passes; we were able to open up their defence. And Isaac on the right, he's a fantastic player. He's very good on the ball. He was able to take [the] left back of Dreams on most of the time, created those chances for his teammates to score and he himself also scored”.

Coach Ogum added: “So, it was a good substitution we did. We tried to make sure we solidified the middle of the park, because, we realised that, Issahaku, anytime he had the ball, had some free space to operate. So, we brought in Agadas to mark the space and at the same time keep an eye on him. If you realised, when Agadas came in, he was out of the game from that time”.

It’s this smart talk; Ogum’s eloquence and clarity of thought; his composure in the little over a minute video clip that has been the talk of town. I’ve asked if this isn’t typical of Ogum. The answer has been ‘yes it’s’ only that, this time, Kotoko’s prominence has understandably accentuated what he represents – a coach who he knows his stuff.

So, Kotoko had a flying start. Even Ogum’s opposite number, Karim Zito pointed out Kotoko’s resolve to fight till the end. “The game never ends until it ends” said he said. “So, it’s never over until it’s finally over. I wanted to break Kotoko’s supremacy. This is the reason why we came. But getting to the latter part, when we had the goal, my boys relaxed a bit kept but Kotoko kept fighting…”

Zito attributed his team’s loss to lack of concentration and Kotoko’s undying hunger to win, further affirming the tactical superiority of Coach Ogum. Let all Kotoko supporters savour the remarkable triumph in Accra and eulogise the coach for all the right reasons. And may we also be patient and supportive when the bad days at the office come because those days will come somehow.