Should Kotoko improve significantly on their form, it would be difficult to upstage them. 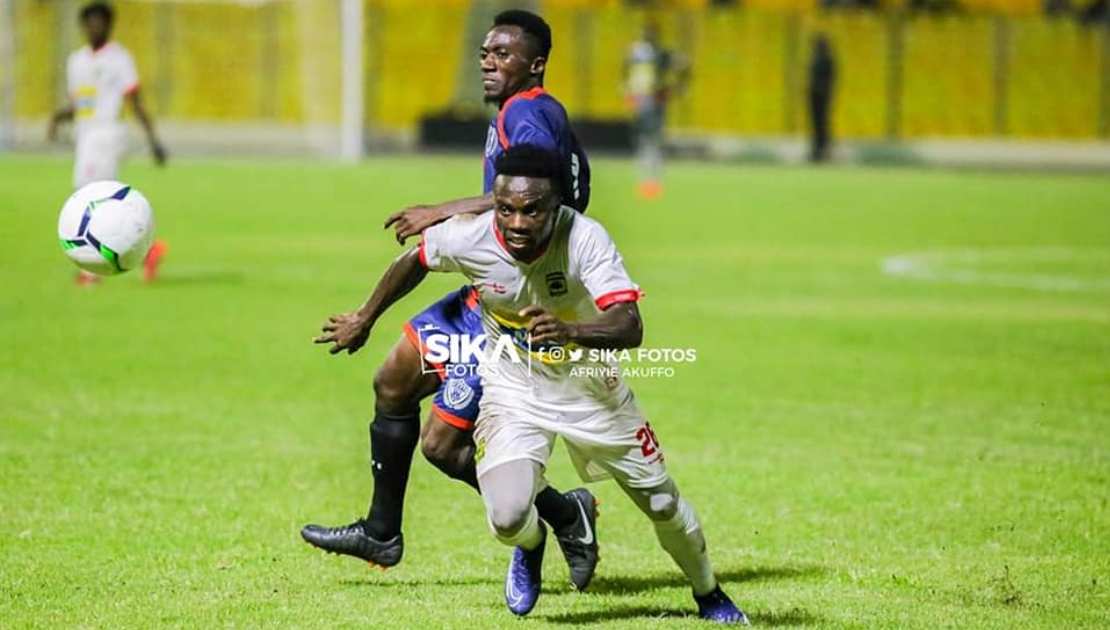 It was expected to be a thrilling night of football and so was it when Legon Cities FC hosted Asante Kotoko at the Accra Sports Stadium on match day two of the 2019/20 Ghana Premier League. It was not the first time a Ghana Premier League game was played at night or in the evening but it was the first for this season. There was no disappointment with the quality of performance dished out by the two teams, standard of officiating, attendance, etc.

Fans were promised a performance by reggae dancehall artist, Charles Nii Armah Mensah, popularly known as Shatta Wale. True to the promise, the dancehall King showed up at halftime, adding to the excitement that had built-up from the start of the game. Never mind the brevity of his display, Shatta Wale got virtually the entire stadium singing and dancing. It was perfect fun.

The Management of Legon Cities scored full marks with the appearance of the music icon but their team, on the field, could not deliver the three points at stake. It was Asante Kotoko and their fans who had the best and last laugh as the Porcupines recovered from a goal deficit to win 3-1. A robust, energetic play by Legon Cities saw them taking the lead after eight minutes.

The goal was a fine reward for Legon Cities’ dominance and enthusiastic fight to pin the Porcupines down. They succeeded but not when Coach Maxwell Konadu and his charges got their chemistry right, proving to all that, they are more experienced. Augustine Okrah drew parity for Kotoko after 33 minutes with a scintillating goal.

Workaholic, Songne Yacouba pounced on the ball inside Cities’ territory and provided clever pass to Augustine Okrah, who dinged the ball over goalkeeper, Fatau Dauda. It was a good time for the equaliser. The fabulous fans cheered loudly, confident of victory, which was well written on the walls right after the second half proceedings started.

Emmanuel Gyamfi would grab a brace, his first goal coming six minutes after the break and the second in the 60th minute. Gyamfi brilliantly intercepted Emmanuel Suleiman's back pass to goalkeeper, Fatau Dauda and deep inside the goal area, the winger fired perfectly into the left bottom corner of the net to make it 2-1.

Songne Yacouba was again the architect of Gyamfi’s second goal as he audaciously took on two defenders, sent a cross which deflected before Emmanuel Gyamfi headed it calmly into a yawning net. Kotoko’s experience was manifestly clear. Legon Cities appeared burnt out from their strong, lively first half display. Game management is a lesson the Legon lads would have to learn quickly particularly when their coach, Goran Barjaktarevic admits that, they do not have the right fitness at this time of the competition where they have only a point from a likely six.

For Kotoko, it has been 100 per cent record winning all two games. Maxwell Konadu could not hide the fact that, Porcupines created and utilised their chances on the evening and that, for him, was the major difference between their Eleven Wonders game and that of Legon Cities. Should Kotoko improve significantly on their form, it would be difficult to upstage them.