Chairperson of the Women’s Premier League Committee, Hilary Boateng has been speaking to me on the YEA gesture... 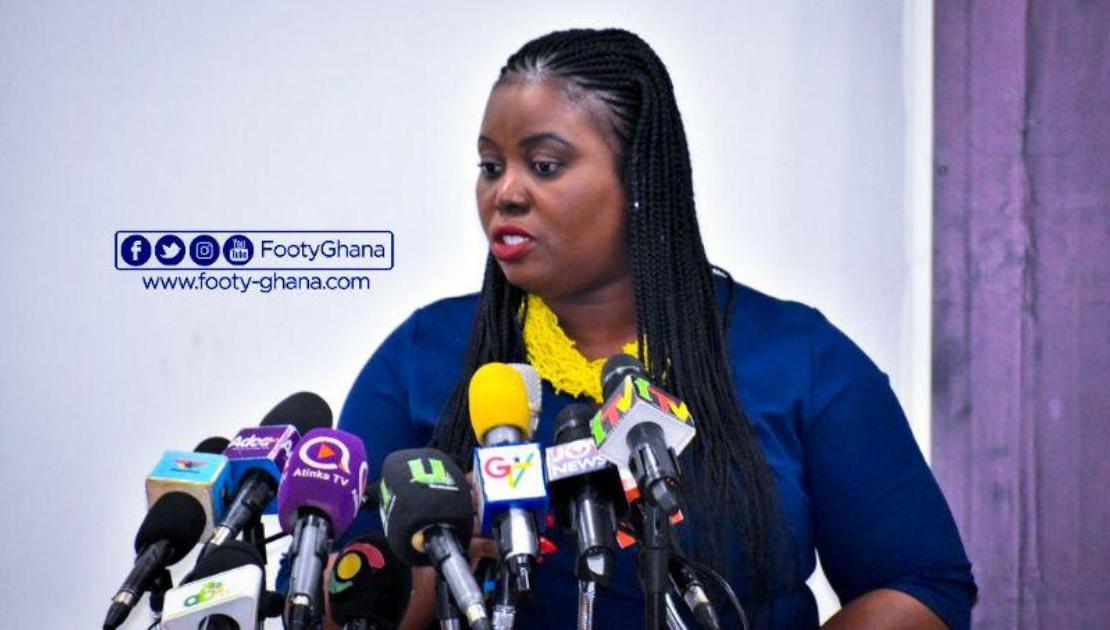 When I first read the news story that, the Youth Employment Agency (YEA) were to pay our women footballers Gh¢500 monthly till the end of the year, my gut reaction was how they will live up to this expectation. I asked about the likelihood of YEA’s payments delaying and even being in arrears but not really about the relief the payments will bring to women footballers in these times. My cynicism was natural as a journalist.

Journalists ask questions with the aim of getting the best for society but these questions are often misconstrued to paint the picture as if the media hate good development. That is not true. Yet I am quick to accept that, the media give negative vibes at times. I monitored conversations on the YEA’s gesture. At some point, the focus was not on the Ghana Football Association (GFA) and the Ministry for Youth and Sports (MOYS) hearing the cries of their subjects but rather whether the YEA gesture was actually true.

Why would the media not be accused of seeking to highlight negatives in the midst of abundant positives in a situation like that? It is trite to recount the effects of the Covid-19 pandemic on world sports. Ghana, being part of the global sports family, has had its sour share of Covid-19 blow to sports. For example, football was suspended in March. In June, the season was cancelled. Women footballers who might have been receiving meagre salaries when football was in session do not receive anything now.

Thus, if the decision by the YEA to pay women footballers for the next six months, after engagements by the GFA and the MOYS, is not worthy of praise, I do not know what is praiseworthy. If we will be in haste to condemn the GFA and the MOYS for not being proactive, we should equally not be slow in commending their positive steps lest we unevenly tilt towards negativity. Chairperson of the Women’s Premier League Committee, Hilary Boateng has been speaking to me on the YEA gesture and more. “It is a really laudable arrangement that deserves a lot of commendation” she says.

“We say a big ‘Thank you’ of course to the YEA, the Ministry for Youth and Sports and the GFA. They could have decided to give it to the Premier League. We are truly grateful” she adds. In the package, the GFA has a quota for 500 people. Each club will have 30 players and their head coach on YEA’s payroll – bringing the total to 496 beneficiaries. Hilary Boateng talks more about the benefits. “In terms of it being beneficial, it is a long list” she says.

“The girls are super excited…If you have listened to [them], you will know that, this will go a long way to help them…. The club owners do their best. Some of them [carter] for these girls, take them to school, have built club houses that house them…So at the end of the month, they are unable to give them a substantial amount. Something [like the YEA gesture] will augment what the girls currently get from their clubs.

“The burden on club owners will actually be lifted at least in the next six months. For the game, it actually brings a lot of attention to the women’s league. At least now, the discussion has been around women’s football because of [what] is coming our way. It has given us some leverage within the media” Hilary Boateng ends as she thanks the GFA President, Kurt Okraku; the FA’s Executive Council and its women’s football representative, Habiba Attah; Minister for Youth and Sports, Hon. Isaac Asiamah; his deputy, Perry Okudzeto and as well as the YEA Executives.